Skip to content
Menu
Home » Blog » Which form of nitrogen to choose for starting winter crops? 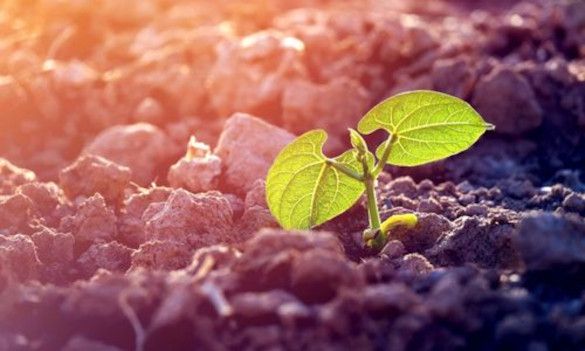 The supply of nitrogen after the winter period is crucial for cereal plants, enabling their rapid development and regeneration. The timing of the first dose of nitrogen has a direct impact on future yields. So which form of nitrogen should I choose and when?

What forms of nitrogen are available?

In order for a fertiliser to act quickly, it is decisive to match the form of the ingredients supplied to the plant, according to the needs of the crop. A distinction is made between three forms of nitrogen fertiliser:

Here, it should be noted that the amide form of CO(NH2)2 is contained, inter alia, in products such as urea (UFF® Urea), in UAN® and in its alternative form OPTI N-15. The release period of this form is very long, even three months, and it is therefore well suited to plants with a long growing season where field entry is difficult. It does not cause crop hardening and prevents nitrate accumulation in plants. It is worth noting that it causes the least soil salinisation.

Urea-based fertiliser should be applied to well bushy crops, as it does not activate additional bushiness.

As far as cereals are concerned, the nitrate form is fast-acting and readily available for uptake by the plant, once absorbed it greatly accelerates growth and regeneration. The ammonium form, on the other hand, is absorbed more slowly but is not leached out of the soil as quickly, moreover, the plant immediately incorporates it into its structures. Therefore, the first dose of nitrogen fertiliser should consist of both forms, allowing the plant to choose which form it will take up, which in turn will not limit the development of the crop.

When to apply and in what doses?

The choice of starting dose of nitrogen should be based on two factors, firstly the results of tests on the availability of this element in the soil (mineral nitrogen), and also the estimated yield. The current state of the plantation should not be overlooked. A compact and dense canopy will not require intensive supplementation, in which case the normal dose will be sufficient. However, a patches damaged after winter and not fully bushy will certainly require an increased dose.

Knowledge of the properties of the fertiliser is crucial for effective plant fertilisation. In conclusion, UFF®/OPTI N15 urea can already be applied in early spring, as it does not harden the crop. It should be remembered that when using the amide form at low soil temperatures, this form is slow acting. Hence, it must be applied early, preferably as early as February. It is worth noting that the OPTI-N15 solution is a stable liquid and does not need to be diluted before use.

In addition, the post-emergence application of urea, according to the Code of Good Agricultural Practice, in early spring is most effective when the average daytime temperature is below 10ºC and the soil is moist.

How to apply lime under vegetables?

Aphids an autumn threat to cereals and winter oilseed rape